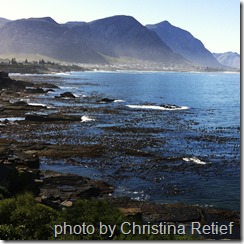 “Simon himself believed and was baptised. And he followed Philip everywhere, astonished by the great signs and miracles he saw.”

Following on from our previous discussions about being deluded because we were nice people and the confusion brought about by backsliding, we come to another great delusion – false conversion. The story of Simon the Sorcerer is told in Acts 8:9-24, and it is a great illustration of how easily we can be influenced by things other than the gospel, but we nevertheless respond as if we have been impacted by the message about Jesus.

Simon was a practising occultist and he was not impressed with the message of Jesus Christ, crucified and risen, but he was greatly impressed by the miracles that followed Philip’s ministry. He, like many people, can be influenced by things that accompany the Gospel message, without being touched by the message itself. They can be influenced by a charming and gifted preacher, by good and uplifting music, by a welcoming and friendly crowd of Christians and a dozen other things, without having any encounter with the Gospel.

When Peter the apostle came on the scene he soon had an altercation with Simon the magician which showed Simon’s true heart. It was, for him, all about power, not about true conversion to Jesus Christ.

It could also be true of someone reading these words. Have you wondered why Christian commitment has not seemed real to you? You do not feel the depth and the height of God’s love and you are not much moved by the story of the Cross. You have no real overwhelming sense of purpose in your life and there is no sense of urgency to live for Christ and influence others for Him. Have you ever looked at yourself and compared your luke-warmness with other Christians who seem so possessed by what they believe? Are you confused?

Is it possible that you have not been truly converted at all? You may have really enjoyed Christian fellowship and friends without ever experiencing what they have experienced. Stop now. Reflect about this. Should you make a fresh start now? Turn to Christ and ask for forgiveness and the new life.

O Lord, I have enjoyed all the privileges but I have not found the treasure. Please forgive me. Help me. Please save me now.

One Response to “False Conversion”